Join me once again as we head down memory lane, the highway of memories, the turnpike of…um, the turnpike of the past? (Hmmm…I should think of a better phrase than that…)  I was recently thinking of my first car.  It was a 1979 Metallic Green (Emerald Green?) Toyota Celica that I bought used from someone my mother worked with.  I saved up the $2000 (and borrowed some from my parents, if I recall) from my job bagging groceries and stocking shelves at the local Kash n’ Karry grocery store.  It was a great car with tinted windows, sunroof, good stereo, and mag wheels (which came with the car and might have been a bit of overkill, but they didn’t look half bad) and I miss it now, but I ended up having to trade it in because the repairs just started getting too expensive and numerous. 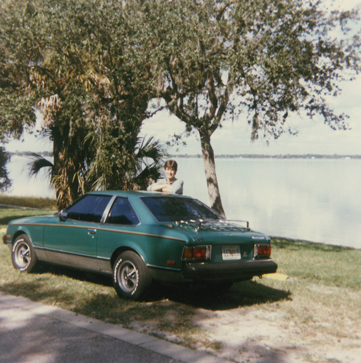 Thinking about that car got me thinking about 95 WYNF, the now defunct rock radio station that dominated the Tampa Bay airwaves in the early and mid 1980’s.  This was before the term “classic rock” – what they played was still just called “rock” in a general sense.  It was the soundtrack for cruising around in cars in my high school years, whether it be my Celica or Volkswagon Beetles, Dodge Dusters, or Chevy Novas of my friends. 95YNF played the usual suspects: Led Zeppelin, Pink Floyd, The Beatles, Fleetwood Mac, Eagles, The Who, Lynyrd Skynyrd, The Allman Brothers, Supertramp, Rush, Heart, etc. Yet, since this wasn’t a “classic rock” station (the concept not having quite arrived yet), they also played a lot of new songs from then-contemporary bands and musicians.

I got to thinking (again) that a lot of what they played (besides the usual suspects) has been mostly forgotten now.  There were a lot of songs by one-hit wonders, and artists that might have had a couple of hits but then faded into obscurity. At the time, of course, we didn’t know these songs and their singers were not destined for longevity. They were just mixed in with everything else (which wasn’t that old yet to begin with, actually – I mean Led Zeppelin, The Eagles and others had been releasing new albums up to a few years before in some cases).  I’ve chosen some songs I really liked back then and dragged them screaming into the present.  Some still function quite well nowadays (“Ah Leah”), others sound a bit dated (“Miss Mystery”) but I still have a fondness for them all.

“Shakedown Cruise” (Jay Ferguson) (Ferguson’s earlier song “Thunder Island” was a bigger hit and a better song, but DJ Russ Albums played this on WYNF on his lunchtime show quite a lot):