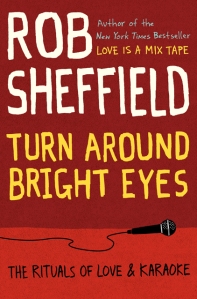 In the early 1980’s a short-lived phenomenon burned strong across the country.  It was called the lip-sync contest. Basically, it involved a person, or group of people, pretending to sing and play instruments along with a recording of a popular song.   There would be organized contests of these performances, as people pretended to be rock and pop stars.

At my high school, the auditorium was given over one evening for a student lip-sync contest. For weeks prior, flyers advertising the event hung in the halls and on the lockers, asking for entrants. Against all odds (which was one of the Phil Collins songs lip-synced to, now that I think about it), this attracted the “cool kids” as well as the outsiders. The call of fame, however small scale and fleeting, was apparently irresistible to all social groups.

The student body showed up, filling the seats, while our classmates “performed” on the stage, multi-colored spotlights, dry ice smoke and all. Duran Duran, The Police, Madonna: all were fair game.  I remember me and my friends’ mix of cynicism and fascination as we watched a cadre of some of the surfer guys air-guitaring to Rush’s “YYZ”.  They had it down, note-perfect. If they had been plugged in.

The lip-sync craze wasn’t just kid’s stuff, though. A friend’s older cousin, when he wasn’t practicing the synthesizer lick from Van Halen’s “Jump”, would go out on the weekends and hit lip-sync contests at the local bars.  These were contests for money, and he’d spike his hair up into a Billy Idol coiffure and rake in the dough mouthing along to “Rebel Yell” and “Eyes Without a Face”.

By the late 80’s lip-sync contests were gone. Maybe people realized how fundamentally silly the whole thing was.

Yet, there was another fast route to stardom, to those 15 minutes of semi-fame, which also caught on in the 1980’s. This one survived. You may have heard of it – its name is karaoke. It bears similarities to lip-sync, yet in this case amateur singers sing along (on mic, in their own voices) to the backing tracks of popular songs.

Rob Sheffield, a music journalist and contributing editor at Rolling Stone, has written a paean to karaoke called Turn Around Bright Eyes: The Rituals of Love and Karaoke (after the song “Total Eclipse of the Heart“, by Bonnie Tyler  – apparently a favorite of karaoke singers.)

At its core, Turn Around Bright Eyes is a love story. Actually, it’s three love stories. One is about the author’s falling in love again with life after his first wife’s untimely death, the second about falling for the woman who would become his next wife.  The third, and overarching connector between the two, is Sheffield’s love of karaoke.

Sheffield came to karaoke late in life and was an unlikely candidate. Shy and bookish (in his words), he found self-expression and conquered his shyness through singing in front of others on stage and living out a version of the rock star fantasy so many have.

“If you’re someone like me, a fan who loves music but could never hack it as a musician, karaoke changes everything. It unlocks the door to center stage. It’s a safe and welcoming place where anyone can join in the music. So even if you never summoned the courage or skill to cross that line from fan to participant, karaoke is something anybody can do.  Your only limits are emotional. Indeed, it forces you to keep upping your emotional ante, as you voice your innermost feelings out loud. And that’s the weirdest thing about karaoke – sometimes you can feel like you’re experiencing some of the most honest, most intimate moments of your life, while butchering a Hall & Oates song at 2 a.m. in a room full of strangers.”

Admittedly (go on – admit it), an entire book centering on karaoke sounds like it could get a bit monotonous, doesn’t it? Luckily, Sheffield’s a very funny and likeable writer. He also breaks up the story here and there with some detours out of the karaoke world into chapters on Rod Stewart, The Beatles, Rush, and a trip to Rock and Roll Fantasy Camp. These chapters are some of the best parts of the book, particularly the Stewart section (“No man plans to turn into Rod Stewart, it just happens.”)

Even though I still have no desire to participate in karaoke, after reading Sheffield’s book, I definitely have a new appreciation of the (dare I say it) art form.

As Sheffield says, “In the karaoke universe, we can be whoever we want. We express ourselves by turning into colorful and disastrous parodies of pop stars who are already appalling parodies of human beings, and somehow that’s how we end up as our most sincere version of ourselves. When you step into the song, you’re not sure who you’re going to be on the other side.”