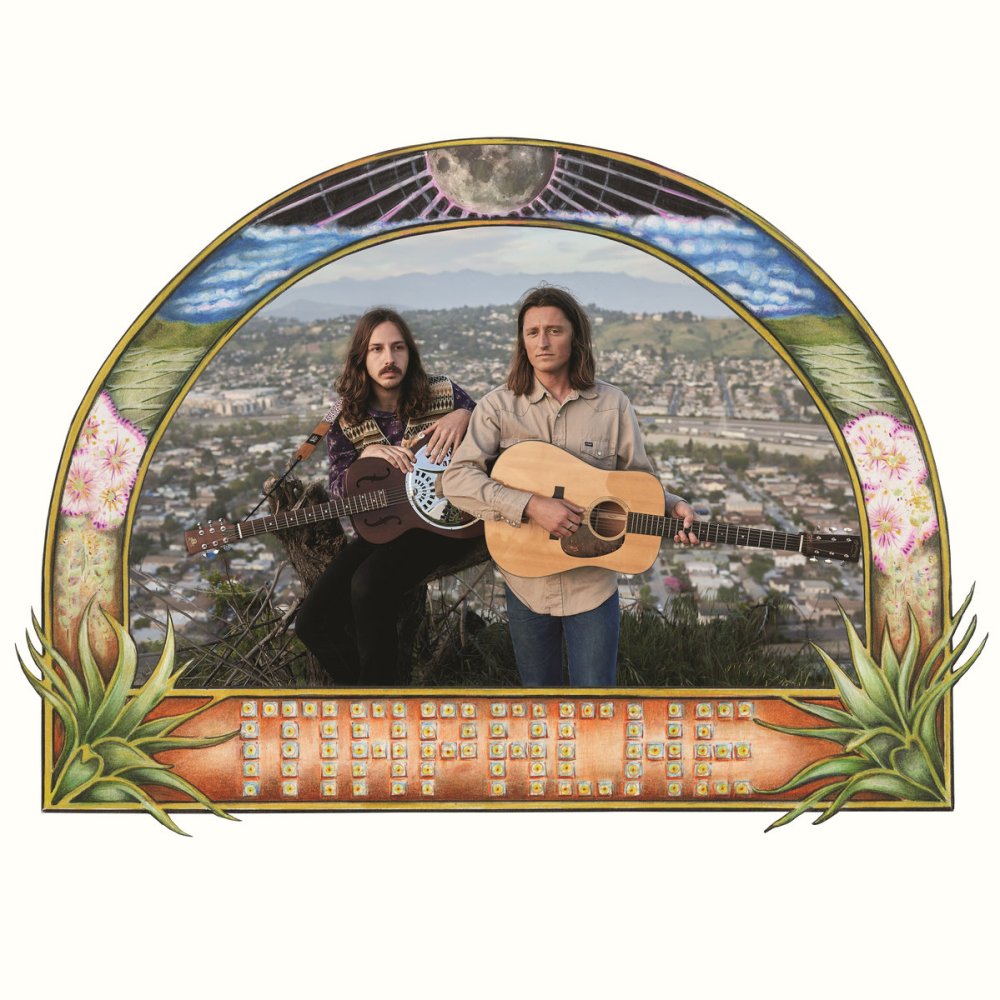 The last few days I’ve been groovin’ to the music of band/duo Mapache. And “groovin’” – that hip slang word of yesteryear- is appropriate, as Mapache seem to have been transported from a time when the Grateful Dead, New Riders of the Purple Sage, the Flying Burrito Brothers, and America were the hot currency. Watching Mapache’s video for “Mountain Song,” you’d think it was 1971 all over again. Which isn’t necessarily a bad thing! There’s always a place for mellow, tuneful acoustic country rock songs, and the genre never really died. From revivalists Beachwood Sparks through to Maplewood and GospelbeacH (and even the Autumn Defense to some degree), Mapache are the latest in a continuing line. And, hey, Beachwood/GospelbeacH’s Brent Rademaker plays bass here on “Saltillo” and wrote the notes on their bandcamp page.

Mapache’s Clay Finch and Sam Blasucci are also core members of L.A.’s acclaimed Grateful Dead cover band, Grateful Shred, so are well-versed in the sounds of their influences. On this debut Mapache album, they’re purveyors of a California romanticism through and through. Sunny skies, mountain air, Pacific Ocean blues, all the way down to the desert and Mexico with tracks such as the aforementioned “Saltillo,” plus their version of the Spanish-language “Aquellos Ojos Verdes” (“Those Green Eyes”).  “Mountain Song” and “In the Morning Light” each have extended codas replete with fancy fingerpicking, reminding me a lot of when America used to explore similar territory on early songs like “Riverside.”  Pedal steel guitar adds a touch of warm and lonely wistfulness to many of the cuts, as they sing about ladies of the canyons with pioneer-sounding names such as Abigaile and Nellie (I think there’s a Suzanne in there somewhere too, though).

The name Mapache sounds kind of exotic, or steeped in history, like “Apache” or some lost desert town south of the border. But, it means “raccoon” in Spanish. Even better.