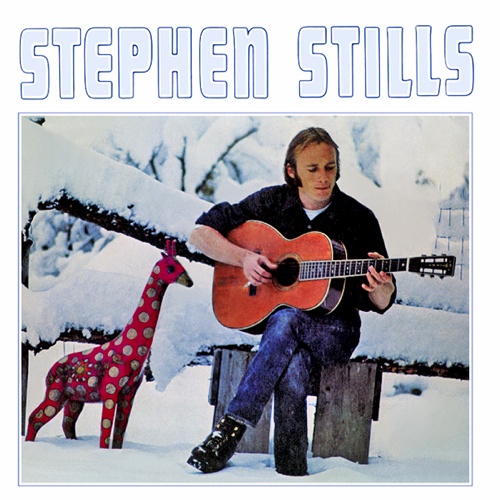 It’s not just any giraffe. It’s a giraffe with a purpose.
It’s the giraffe of unrequited love.

When Stephen Stills’ first solo album was released in 1970, buyers may have looked at the enigmatic stuffed giraffe on the cover and thought “How cute” or figured Stills was trying to be funny. Very few at the time- not even photographer Henry Diltz– knew the real reason Stills insisted the stuffed animal be in every picture taken that snowy Colorado morning.

It all went back to the previous summer. Stills had fallen hard for singer Rita Coolidge while playing on sessions for her first album. The only problem was, his Crosby, Stills, and Nash bandmate Graham Nash had a thing for Coolidge also. Nash invited her to accompany him to one of CSN’s shows, but Stills tried to outwit Nash by telling Coolidge that Nash couldn’t take her to the show after all – but he’d be happy to instead. They embarked on a relationship, inspiring Stills’ songs “Sit Yourself Down” and “Cherokee” (Coolidge was part Cherokee). Sometime during this period, she apparently bought the giraffe for him, or else they bought it together – accounts vary. Nash, meanwhile, was busy writing “Better Days”, which expressed his view that Coolidge would be better off  with him: “Though you’re where you want to be / You’re not where you belong”. In short time, she realized she’d rather be with Nash. 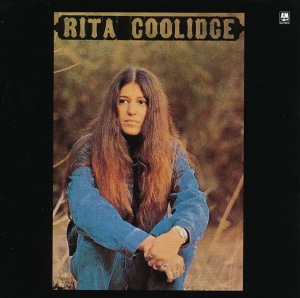 They went to Stills to break the news. He reportedly spit at Nash in anger and refused to talk to him anymore.  The band, which had already been falling apart due to egos, money and drugs, fractured. In a bit of irony, Stills sang on his soon-to-be-released song “To a Flame” (which may or may not be about Coolidge), “Lucky for me I’m not a jealous man…” Crosby, a little myopically, blamed the band break-up on her in his song “Cowboy Movie” (she’s the “Indian girl”).

Stills, still in love with Coolidge, hopped on a lear jet to a cabin in Colorado with his wounded pride, photographer friend Diltz, his personal assistant Dan Campbell, and Fuzzy. No, not Fuzzy the giraffe (though the giraffe was on the plane too), but bass player Fuzzy Samuels.

With his first solo album mostly recorded, a fresh September Rocky Mountain snowfall gave him the idea for the album’s cover photo. He and Diltz went outside the cabin, but after a couple of shots, Stills ran back in and grabbed the giraffe. He wouldn’t tell Diltz why, but he insisted it be in every picture. “That stupid giraffe!”, Diltz would subsequently exclaim, “Later that year he picked this photo out for the cover of his first solo album. I think that giraffe was a secret message to one of his girlfriends that he had broken up with. Maybe he wanted her to know he was still thinking about her, but he never said.” (Music Radar, May 28, 2013)

When more of the story came to light over the years, Diltz eventually came to accept and even appreciate the stuffed animal prop: “So I’m thinking that they had bought that giraffe together somewhere or she had given it to Stephen. That giraffe really offended my sensibilities. It wasn’t organic. But I’ve looked at that picture on the walls in these gallery shows and thought without that giraffe it wouldn’t be much of a picture. Just some guy playing guitar in the snow.” (Phoenix New Times, March 8, 2001)

And in a weird way, it does kind of make the cover. It adds a splash of color, and creates an enigma of sorts. The colorful giraffe draws the eye into the photo and creates the suggestion of a narrative or story and makes the image not “just some guy playing guitar in the snow.”

One wonders if Coolidge got the message (or if she even remembered the giraffe). Was she thinking “Gimme a break?” or did she have a twinge of regret about the ended romance?  Even more, one wonders if Stills now cringes every time he sees the cover. Does he think “Why did I put that stupid giraffe there!?” in some fruitless gesture. It’s like someone who gets a tattoo of their lover’s name and then breaks up with that person. A tattoo can at least be removed. Stills, however, is stuck with that album cover.

In the end (and perhaps unsurprisingly), the Coolidge/Nash relationship was transitory anyway – she was with Kris Kristofferson by November.  Stills met and married French singer Veronique Sanson a year or so later.  And CSN? CSN reunited within a couple of months after the giraffe photo shoot at Stills’ house in England, where all three sang on Stills’ “As I Come of Age” – a song about reconciliation (which he was inspired to write after he wrecked his Ferrari, but still…).

But maybe the ripples extended a bit farther…do we have Stills’ stuffed animal photo to thank and/or blame for covers such as this?

———-
All info. from the following sources: