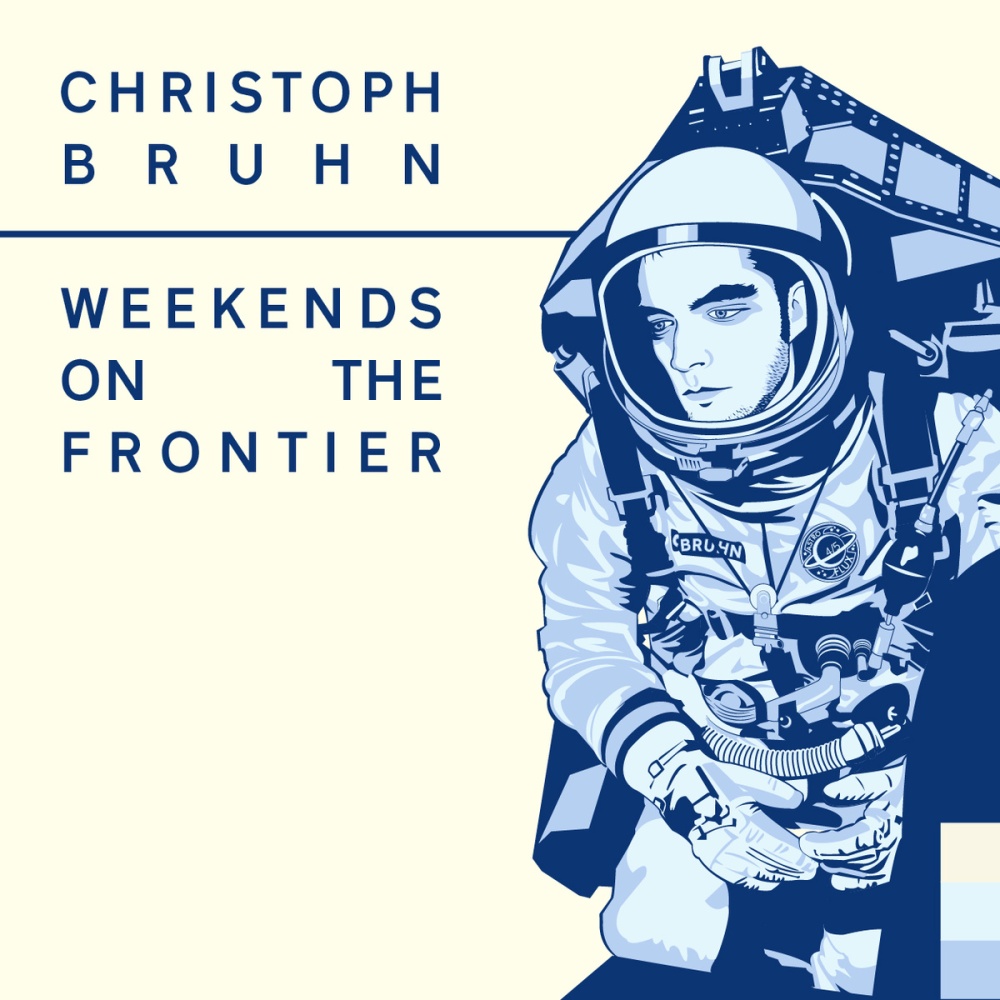 There’s something to be said for a bare-bones approach to recording in this age of the endless overdub and the ability to create dense multi-instrumental compositions with a few clicks of the mouse in a home studio. That’s part of why Minnesotan Christoph Bruhn’s Weekends on the Frontier is so refreshing. It’s just Bruhn and his guitar on eight instrumental compositions ranging from the less than two-minute-long “1957 Industry Rag” to the seven-minute-plus “Fanfare”. He doesn’t need studio embellishment – each piece is rich enough on its own.

These songs are rolling rambles of deftly picked notes, sometimes serious and contemplative and sometimes bouyant and breezy. While there’s a searching, mysterious aura in tracks such as “Burial Grounds” and “The Dust Bowl of ‘36”, selections like “Fjords of Northern Norway” and “Das Kelylied” are brisk walks over cascading hills, woodsy and sun-streaked.

Bruhn’s guitar echoes the “American Primitive” style of playing, which found root in the 1960’s with John Fahey and Leo Kottke, but whose antecedents go even farther back. The paths taken on Weekends on the Frontier diverge and come together often, to weave together a map linking together this past (this “old weird America”, as Greil Marcus called it) with the frontiers of musical exploration and what can be done on the guitar.

In the end, it’s the purity and resonance of an unaccompanied instrument paired with a skilled musician that makes this release so satisfying. Just fingers on strings, vibrations to air, sound to music.

(Weekends on the Frontier was originally released in early 2013, with the initial run selling out. This re-release – downloadable now and available on CD in May – comes from Grass-Tops Recording, who brought us the long overdue reissue of groundbreaking guitarist Robbie Basho’s 1978 Visions of the Country.)