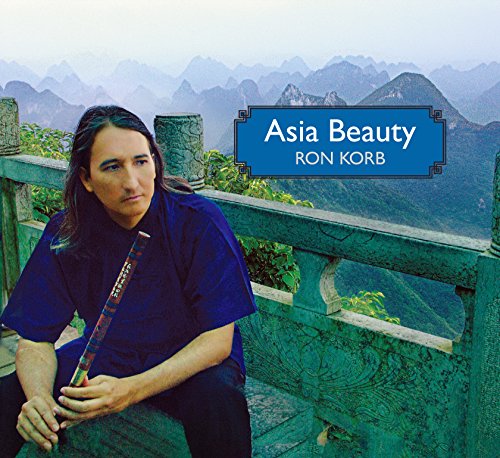 I recently wrote a profile for a local magazine on Canadian flutist Ron Korb.  To be honest, I hadn’t heard of him before, but after listening to some of his works the last few months, I’m glad I was introduced to his music. Korb has an extensive discography, has shared the stage with everyone from Peter Gabriel to Olivia Newton John and is a world traveler with an extremely sensitive ear for the music of other lands. This is especially apparent on his most recent, the Grammy nominated Asia Beauty.

Most of Korb’s music is classified as “New Age,” but labels can be limiting.  I find New Age to have evolved into a rather abstract term over the years and is often applied to pretty much anything instrumental that doesn’t neatly fit into another category.  I’ll grant that it is usually mellow music, but there’s a tremendous variety in instrumental mellow music. Asia Beauty, for example, incorporates traditional Chinese sounds, classical, jazz and even blues. The songs feature a wide array of indigenous flutes, many made of bamboo, all emotively expressive. Recorded in Toronto, the album sees him joined by an extensive selection of skilled guest musicians playing everything from a standard acoustic guitar to a two string violin called an erhu, complete with a snakeskin sound board.

“Hanoi Café” opens the album in an appropriately mysterious way, inviting the listener in, promising the allure of secrets revealed. The melody recalls Satie, if Satie had spent time in turn of the century Hanoi writing music while sipping green tea in a smoky café. Even though it’s instrumental, the song tells a story. In fact, another section of the album is a series of tracks based on musical themes derived from a story Korb wrote in Shanghai (included in the liner notes) called “Dragon Flute and the House of the Five Beauties.”

On “Two Mountains” and “Blue Bamboo” he’s joined by Canadian jazz pianists Laila Biali, on the former, and Bill Evans (not the now-deceased one famous for his 50s and 60s recordings) on the later.  These highlights also feature the pipa, a 4-stringed lute. Korb’s lyrical and heartfelt playing comes to the fore, no matter which kind of flute he uses, and no matter how unfamiliar it may be to Western ears, be it the dizi, the dadi, or the bawu. Elsewhere, the multi-instrumental Oriental Angels guest on “Little Jade” and Korb melds gracefully with the large ensemble.

In some ways, Asia Beauty is the culmination of his work so far, due to his being steeped in Asian culture for years through travel and from living there for a time. Throughout his career, and especially on this release, he has become masterful at incorporating the sounds of other cultures into his own vision and in the process, helping to make some of this “exotic” music accessible, while still retaining its integrity. I look forward to what he does next.